Shkëndija has drawn Dacia Chisinau in 1st qualifying round of UEL

Shkëndija will face Dacia from Moldova in the first round of the Europa League qualifiers. The first match is played on June 29 in Moldova, while the 2nd leg in Strumica on July 6th. Shkëndija plays it’s  home matches in Strumica. 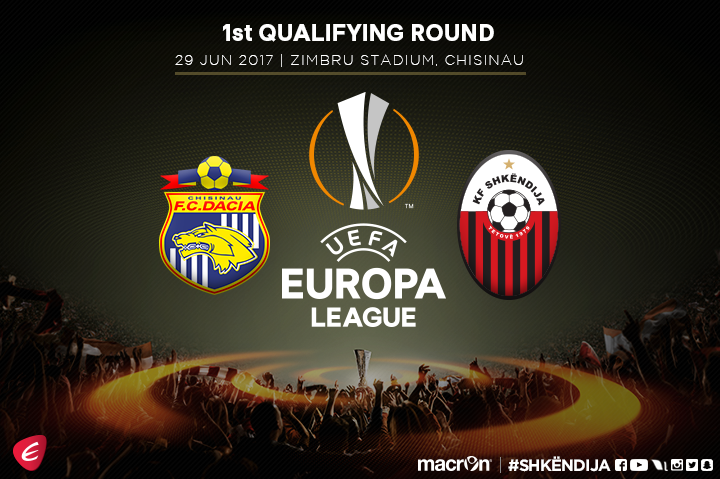 Today at the UEFA headquarters in Nyon, Switzerland took palce the draw for the Europa League qualifiers. The draw placed Shkëndija in front of Dacia Chisinau from Moldova. The first match is scheduled to be played on June 29 in Chisinau, while the 2nd leg is scheduled one week later in Strumica. This will be the second time Shkëndija will face a team from Moldova, since in 2014 the “red and blacks” faced  Zimbru from Chisinau.
The  “red and black” squad has followed the draw LIVE from Slovenia where the training camp is taking place.