AC Milan be our opponent in the UEFA Europa League Play Off round. The first match will be played on August 17 in Skopje, while the 2nd LEG will take place in Milano on 24 August.

Our European journey continues in one of the most advanced countries of football, Italy.  Shkëndija  will face the Italian giant, AC Milan in the final phase before the UEFA Europa League group stage.  Today in Nyon, Switzerland, the draw for the Play-Off stage paced Shkëndija in front of AC Milena. One of the five potential opponents that were announced in the morning, Shkëndija will face the most attractive team at this stage, seven times winners of UEFA Champions League winner. The first match will be played on August 17 in Skopje, while the return leg after a week at San Siro in Milano.

Knowing that Vardar  Skopje is drawn to play the first match at home, the UEFA is expected to decide during the day about changes in the schedule. 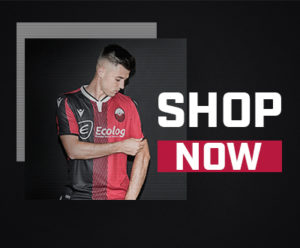